Social Media News of the Week: You can finally zoom in on Instagram … and more

Since we’re spending so much time trying to understand the social media world and to scratch under the surface so as to get the subtleties and, hopefully, the tendencies of this great human and technological  phenomenon, we thought it might be a good idea to let you know on the latest news that we come across in this area. We thought it could be a way to help you up your game in the social media, or make your journey more pleasant. Let us know what you think. 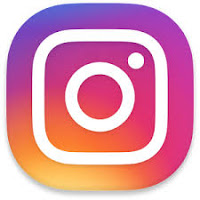 I am going to start with the biggest news: you can finally zoom in on Instagram photos and videos. Yes, you can now enlarge by pinching it with your fingers. Just go ahead and try it or read  more details here. They are also stepping up the Instagram Stories game with new tweaks and improved discoverability. Since, according to Instagram 1/5 of the users habitually stay on the Search and  Explore tab, Instagram is planning to roll out an algorithm that will include stories suggestions specifically aimed at your interests as drawn from the way you engage with the platform.

Is planning to start sharing revenue with video creators (more details here). They’ve recently launched a US only feature to include pre-rolled video adds before the Twitter videos and offer up to 70% of the revenues to video creators. If you are in the US and publish video on Twitter go ahead and read further here .

Facebook has started showcasing vertical videos on mobile, for now in live streams and in adds, but soon to be seen all over our news feeds. Apparently they will still be cropped in the news feed although they would still be larger than the horizontal video. This is a good tip for drawing more attention to your videos, in vertical. It seems that Facebook doesn’t shy on following all the right moves Snapchat has done.

After being criticized over and over again about its lack of searchability, LinkedIn is finally introducing searchable and clickable hashtags, for the moment, only for the mobile versions. 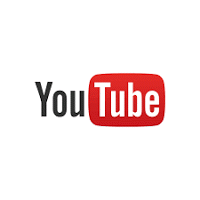 Has recently launched several creator studios across the globe. They are basically branded video studios where selected youtubers can go and film and create content for the platform. For this matter, LA and New York have special studios dedicated to the US presidential elections. This move is particularly interesting when looking ahead at the future of video sharing platforms. They will probably start professionalizing video creators so as to achieve higher quality content.

Announces a new feature that allows players to pick their favorite Pokémon from their own collection and become best friends with them, helping them earn in-game rewards. The Buddy Pokémon will appear next to the Trainer avatar on the profile screen, and can be switched any time. Details, like whether or not a Buddy Pokémon might help catch other Pokémon, are scarce at the moment. But, Niantic has promised the buddy system will go live soon. Check out more details here.

That is it for now!

Have a happy happy week!